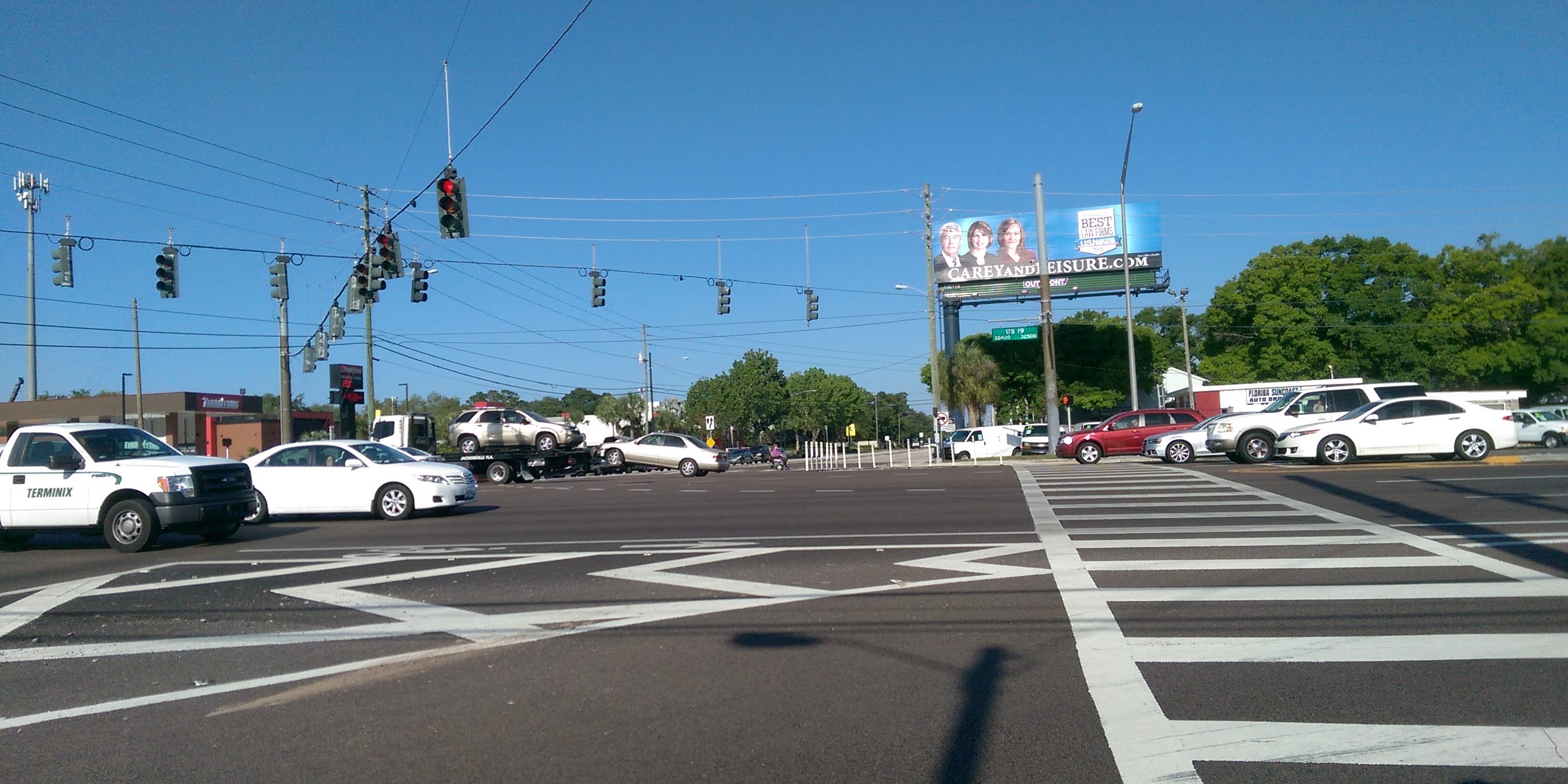 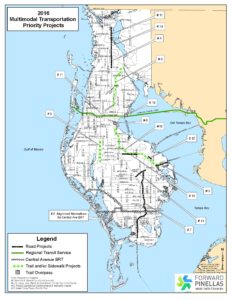 Map of 2016/17 multimodal priority projects. Click here to see a larger version of the map.

What transportation projects matter most to a community?

That’s a tough question, and the answer varies based on who’s being asked. Yet these are decisions that are essential to the future of our county and region – and that we have to answer every year. When Forward Pinellas began looking at projects to put on a priority list for the county and region for the upcoming year, we considered various roadway, transit, and bicycle/pedestrian projects. We asked questions such as, “Does this promote increased mobility and accessibility?” and, “Does it have community support?”

The priority list that resulted is different than anything the planning authority has ever put together before. It is the first “multimodal” list: the first list to prioritize forms of transportation other than cars. It’s also a list that reflects the priorities of many stakeholders in our community, not just one group.

A major function of this specific priority list is to seek funding for specific projects, which would start in 2022. In most cases, projects need to be on a priority list to even be considered for funding. Attentive Pinellas County residents might notice a previously touted project disappear from the list – for instance, the I-275 express toll lanes from the Howard Frankland Bridge into St. Petersburg (and vice versa) that would connect with the Gateway Expressway. That doesn’t mean the project isn’t happening. On the contrary, if a project is fully funded (like the express lanes project), that project moves off the unfunded official priority list to make way for others that need the money and attention. However, these projects are still included on a prioritized candidate project list to ensure they are completed as quickly as possible.

Jim Kennedy, chairman of the Forward Pinellas board and a member of the St. Petersburg City Council, said he sees this multimodal list as evidence of the way elected officials on the board have unified to move forward as a region, not just as individual areas.

“As Forward Pinellas, we’re working on making sure that we cover the needs of the entire county and listen to the citizens, knowing that there is no one magic form of transportation that is going to solve our problems,” Kennedy said. “We need to be creative in developing diversified solutions for transportation.”

Here’s the final list that resulted from the extensive prioritization process, which included input from various advisory committees and organizations.

The multimodal priority list was approved at the September 13 Forward Pinellas Board meeting, with the elected officials who make up the board saying they felt the list was a vital one.

“It’s exciting to approve the first transportation priorities list that moves our thinking as a county beyond a car-centric viewpoint,” she said. “We saw waterborne transportation options, bus routes, sidewalks to benefit pedestrians, and trail projects all identified as important. Combined with the traditional roadway projects that we continue to prioritize, all of those options lead Pinellas toward a future with expanded transportation opportunities.”

Pinellas County Commissioner and fellow board member Dave Eggers said during the board meeting that while he or other board members might number the list differently, the list as a whole is reflective of the projects the county needs to be focusing on.

By adopting this priority list and transmitting it to the state, the Florida DOT will use it as a basis for funding projects using various sources of revenue. FDOT will inform Forward Pinellas of its funding decisions in the spring of 2017, and all projects on the list now become more eligible for funding through various programs.