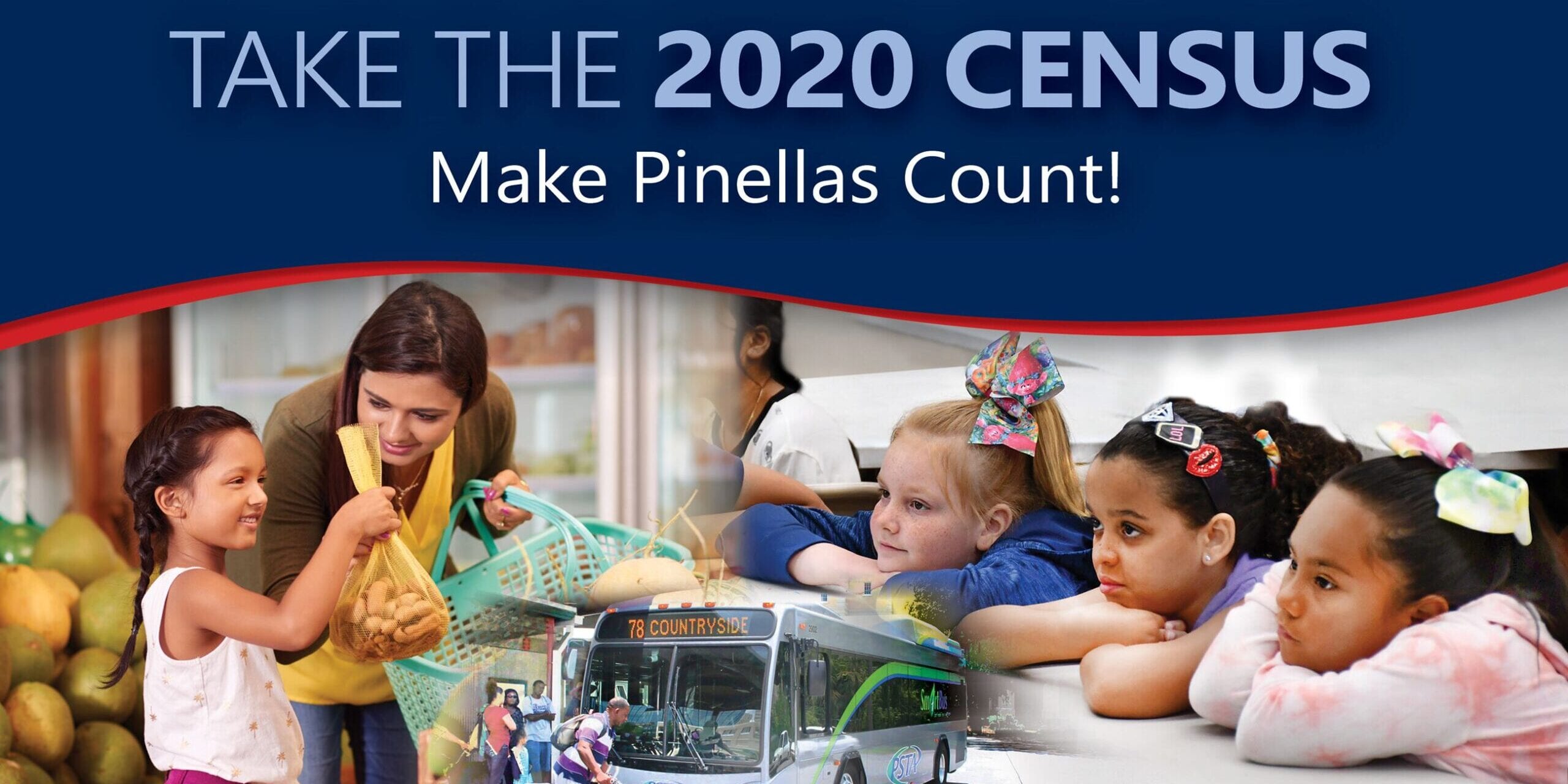 The 2020 Census is important for all of us and the communities in which we live.  There is something in it for everyone and a reason for each of us to connect with the 2020 Census.  Step up to the challenge and Make Pinellas Count!

I learned about the census through my work as an enumerator for the United States Census Bureau in 2010. But it wasn’t until working for Forward Pinellas that I realized how important the census is to everything, from transportation funding to housing.  That knowledge, combined with my heartfelt passion for the communities of Pinellas County, led me to join our local 2020 Complete Count Committee.  Together we are working to ensure all our residents are counted and we bring the maximum funding possible into our county.  If you, too, are passionate about and enjoy living in Pinellas County, or even if you feel there are things you would like to see improved (like traffic, for example), then the 2020 Census should matter to you.  Most likely, you or someone you know have benefited from the funding Pinellas County received as a result of the last census.  In 2016, Florida received more than $44 billion for federal programs guided by census data.  Pinellas County uses that funding for things such as:

The Census and Forward Pinellas

Here at Forward Pinellas, we rely heavily on census data to guide our planning efforts and fund transportation projects.  For example, we use census data for employment forecasting and population growth projections, which are  instrumental in the development of our Long Range Transportation Plan (Advantage Pinellas) and the Countywide Plan. Last year, Forward Pinellas also drafted its first Active Transportation Plan using census data as a foundation for sound planning to select walking and bicycling project priorities.  Other current initiatives where we use census data include the development of the Gateway Master Plan and the Central Avenue Bus Rapid Transit project, recently named SunRunner, both being worked on in conjunction with local agency partners.

Census data also contributes to keeping people safe on our streets, which is a top priority at Forward Pinellas.  As part of our Vision Zero effort, we launched Safe Streets Pinellas, a safety strategy that was developed in part with information gleaned from the census.

As you can see, Forward Pinellas staff and partner agencies regularly use information compiled through the census to better understand and serve our local communities and the Tampa Bay region.

Additionally, much of the funding Forward Pinellas receives is driven by a formula that relies on population counts derived from the census.  Without an accurate count of our population during the 2020 Census, funding could be lost for the planning and construction of much needed projects.

How can you help?

Latest reports show that the National Self-Response Rate is at 63.1% and the rate for the State of Florida is 60%.  While Pinellas County is ahead of both of those with a rate of 63.5%, we still have work to do.

Due to COVID-19 the self-response period has been extended until October 31st.  Take the 2020 Census and encourage others to do the same.  You can complete yours today online, by phone or by mail.

For more information on the Pinellas County 2020 Census, visit: https://www.pinellascounty.org/census2020