Streets for Everyone – Gil Penalosa Brings His Healthy Cities Message to St. Petersburg 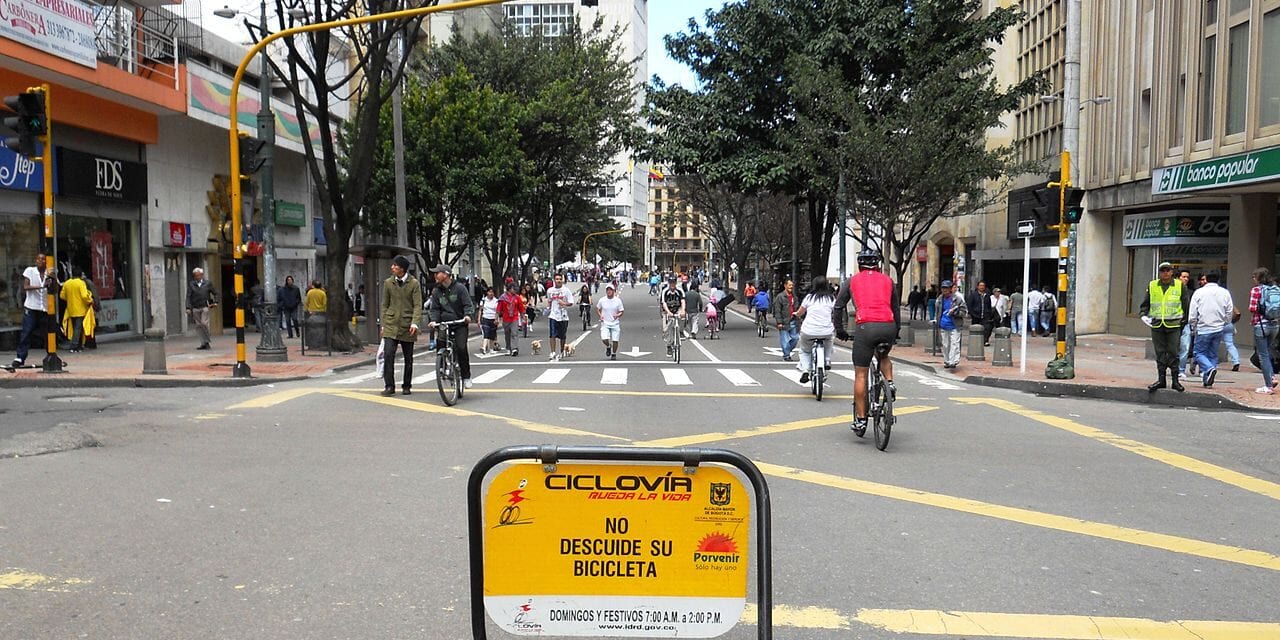 Elected officials and professionals involved in efforts to improve transportation infrastructure in their communities often talk about mobility and safety being the top priorities. These are necessary pursuits. But the core values of building a quality transportation system are about health and equity. These themes are central to the mission of 8 80 Cities, a Toronto based non-profit organization that helps cities and communities around the world reach their potential as “people places.”  The name “8 80 Cities” is based on the idea of the organization’s founder and director Gil Penalosa that cities should work for all people age 8 to 80.

I had the opportunity to join some friends for a conversation with Penalosa on April 21 at a coffee shop on Central Avenue in downtown St. Petersburg. Sitting with me at the table were fellow St. Petersburg Mayor’s Bicycle Pedestrian Advisory Committee (BPAC) members Lee Allen, Jeremiah Rohr and Tom Cason, St. Petersburg Bike Coop Advisory Board member Caesar Morales and sustainability activist Chris Kenrick.

“Bicycling on the streets can be a polarizing issue, but no one is opposed to improving people’s health. That’s why everyone should support public investment in safe bikeways and 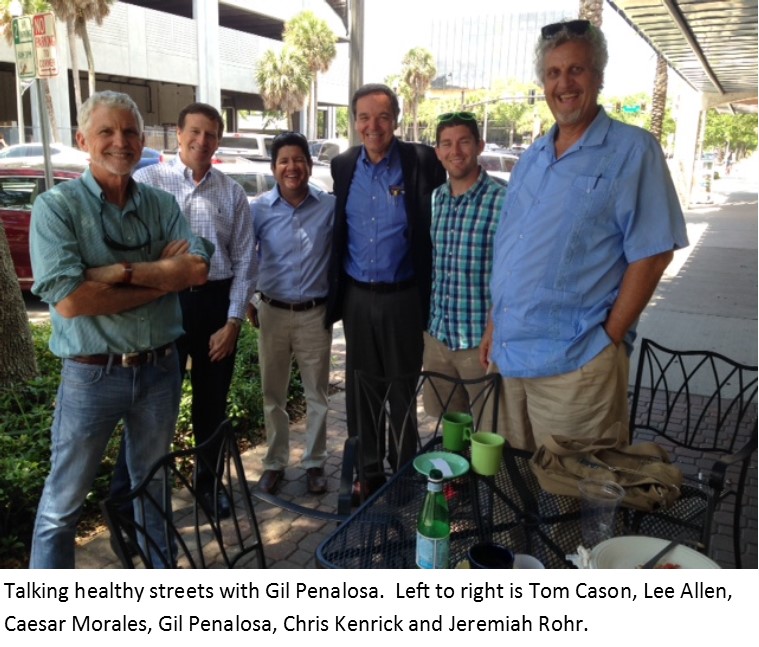 walkable streets,” explained Penalosa.  He also emphasized the value of equity and community interaction that comes with a connected network of safe bikeways.  “Regardless of their race or economic circumstances, on a public bikeway, everyone meets as equals,” he stated.

Penalosa also stressed the need to establish a “minimum grid” of on-street protected bicycle facilities in the City to accommodate all ages and abilities. These facilities include bike lanes or side paths that provide a barrier between the bicyclists and vehicles.  “Think of someone you know who is 8 or 80.  Would you let them ride their bikes on these streets?” he asked.

A former parks commissioner in Bogota, Columbia, Penalosa was also involved in launching the Ciclovia movement, which started there in 1974. Ciclovia involves closing streets to vehicle traffic and turning them over to people for bicycling, walking and other health-related activities.  Ciclovia has made its way to numerous cities around the globe and in the U.S.  Morales and Rohr are leading the effort to help St. Petersburg stage its first Ciclovia under the moniker of “Open Streets St. Pete” on October 9, 2016.

After our coffee shop meeting, we watched Penalosa present his 8 80 healthy streets concept to St. Petersburg’s Energy, Natural Resources and Sustainability Committee (ENRS). He urged the Committee to aim high and act with a sense of urgency. “There’s no reason why St. Petersburg can’t be the healthiest most physically active city in the world,” he proclaimed.  Penalosa shared that sentiment with City Council later in the day shortly before they approved the launch of a new bike share program in the downtown area. It was a major step forward for a City pointed toward the goal of building a network of healthy streets for everyone to enjoy.