Defining the Heart of Seminole 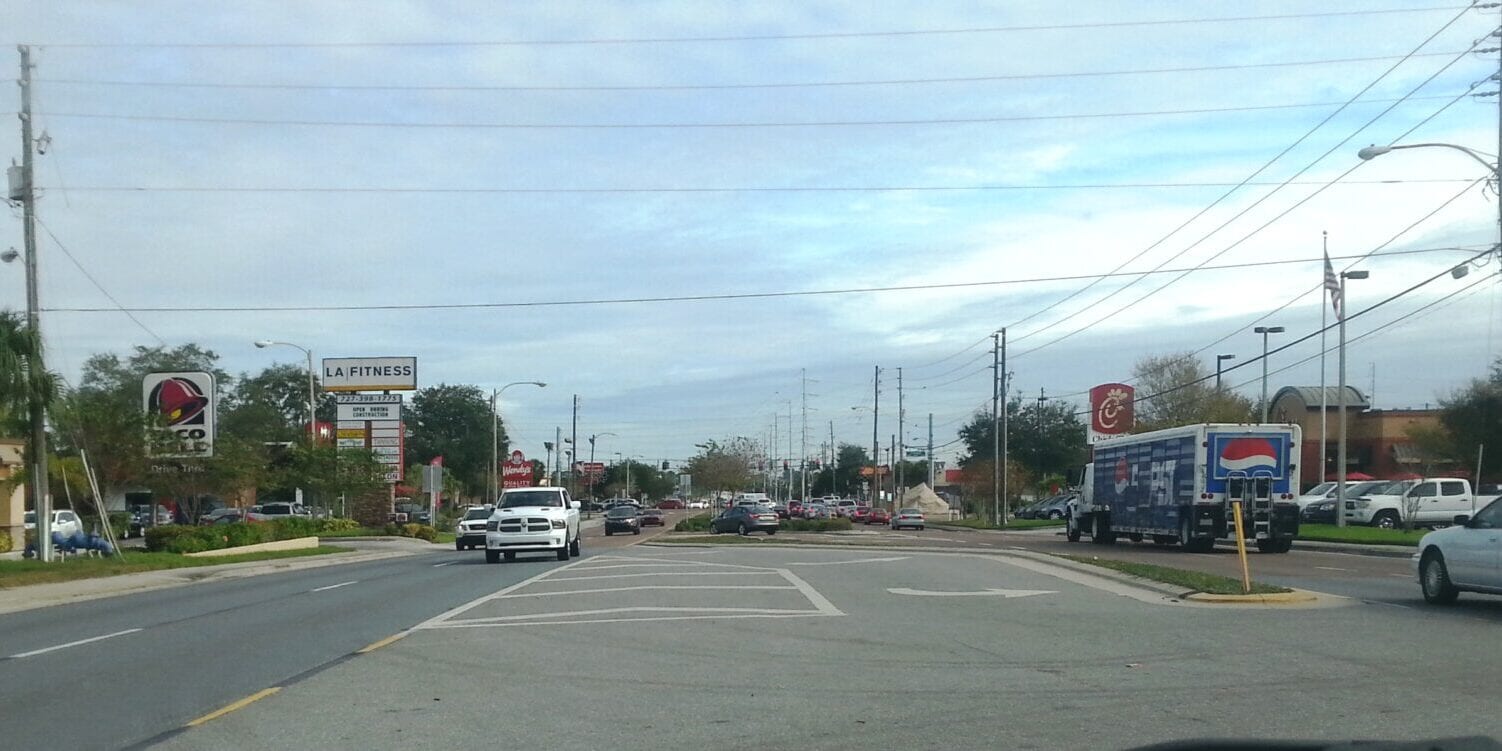 Park Boulevard, from Seminole Boulevard to 113th Street, is gaining a lot of attention because a long-planned new city center, taking the place of the former Seminole Mall, is being developed off the northwest part of the roadway segment. The roadway has continued to see high volumes of crashes and traffic congestion, which has a major impact on surrounding businesses and residents. Matthew Sharp, an assistant manager of the Family Dollar within the Park Collection Plaza, which is located directly to the south of the new development, described traffic as the biggest problem.  He said, “There is typically congestion for about an hour at least two or three times per day. It is also extremely difficult to exit the plaza’s two exits onto the road.” Another one of Park Boulevard’s biggest issues is safety, especially with the new large scale redevelopment of the mall and Seminole Elementary School to the south.  The City of Seminole’s Community Development Director, Mark Ely, stated that safety should be the top priority as the area transitions. The need to address safety and maintain efficient operation of the roadway is growing as the area continues to develop.

How Did We Get Here?

The City of Seminole is a quiet community just a short bike ride from the Gulf beaches of Pinellas County, to the west of St. Petersburg. In 1910, just 75 people lived in the area.  Citrus groves made up most of the utilized land at that time. Seminole Elementary opened on the south side of 74th Avenue in 1915.  Around 1950, saltwater marshes were transformed into Lake Seminole through the engineering of a dam. Seventy-Fourth Avenue was renamed to Park Boulevard because the road offered direct access to Pinellas Park for the first time. In 1965, the community’s

first large shopping center opened off Park Boulevard, which later became the recently demolished Seminole Mall.  Seminole incorporated as a city in 1970. Between the ‘70s and now, the community evolved from citrus groves to a mostly suburban residential area. Pressure for Park Boulevard to be the east-west thoroughfare for the county, as well as a commercial hub for the fast-growing residential area, increased as time went on.

To say this roadway is vital to the community is an understatement. It is currently serving

as a residential feeder between two north-south six lane workhorse roadways, Seminole Boulevard and 113th Street. It also serves as a critical east-west component of the entire corridor, extending from I-275 to the beaches. Commercial properties currently line the segment, and the 100-year-old Seminole Elementary school sits off the south side of the road, with children crossing the busy road on a daily basis.  Vacant parcels are being redeveloped into stores and restaurants. According to www.walkscore.com, the segment of Park Boulevard houses the majority of restaurant and café options for residents. Seminole Boulevard and 113th Street, along both ends of this segment, carry large volumes of traffic at high speeds from north and south parts of the county.

The Pinellas County Metropolitan Planning Organization (MPO) has ranked this segment as the most deficient in Pinellas County using congestion factor and crash factor formulas. This means that this particular segment has the highest levels of crashes and congestion, when combined, in the entire county. That presents a key challenge for redevelopment of the mall as a walkable, mixed use city center.

Another challenge related to congestion is that Seminole, while it has several north-south roadway options, only has a limited amount of east-west connections due to natural features, the main one being Lake Seminole, which is to the east of the road segment. This limits the amount of vehicles that are able to go east and west through Seminole to other parts of the county.  This puts extra strain on this Park Boulevard segment to function as both a commercial hub and an east-west thoroughfare for the area.

Lastly, the median age of Seminole residents, according to the American Community Survey, was 55.2 years in 2014, almost 10 years older than the countywide median of 46.9. The city’s median age is increasing (from 50.2 in 2010), which reflects a national trend and illustrates the existing population is staying in this community as they age. To better accommodate aging in place, more safety accommodations and mobility options for older populations and individuals with disabilities may need to be a priority. According to www.walkscore.com, Seminole is a “car-dependent” city. Most trips require a vehicle. As the population ages, it may become a bigger issue for individuals who can no longer drive.

The Pinellas County MPO is conducting a corridor study on this segment, as well as 113th Street from Park Boulevard to 86th Avenue North, to identify recommendations for improvement that would reduce congestion and enhance safety. The study includes freight conflict review, queue analysis at turn lanes, crash data analysis, transit analysis and access management solutions. Operational issues will be identified and conceptual solutions will be determined as a result of this study. The objective is to identify strategies that the city, county and MPO can prioritize for funding. Once the mall is redeveloped, the MPO will continue to work with the County to monitor and evaluate the area.

The MPO and its planning consultant are working with Pinellas County Public Works, City of Seminole, and Pinellas County School Board to share data and obtain critical input about the area and segment. Recommendations on improvements to the segment will be brought through the MPO committees prior to going to the MPO Board in Spring/Summer of 2016.

As someone who lives in close proximity to Park Boulevard in Seminole, the future of the roadway is very important to me. As the area around it rapidly changes, it is critical to be proactive with planned improvements to the roadway to accommodate all users – pedestrians, bicyclists, transit riders and other motorized vehicles – safely. Residents and visitors of all ages need to have safe and accessible options to get around the community and to the destinations of their choice. Business owners need to feel that the transportation network functions for their customers. Consciously re-thinking the design of our streets, public spaces, parking lots and buildings to make walking, bicycling and use of transit realistic options for people will change the way this roadway and community function. Its number one status as a crash/congestion hot spot should be

enough to justify change of some sort.

Art sculpture on roadway in Ireland

Street beautification, bike treatments, crosswalks, and on-street parking could create a more comfortable and walkable area, which would help stimulate economic activity and raise home values. With current studies and redevelopment taking place, it is an optimal time to evaluate these types of options. I take great pride in living in this community, and appreciate all the amenities it has to offer for its residents. Providing for a safe and walkable environment in the heart of Seminole will only make it a more enjoyable place to live and call home.