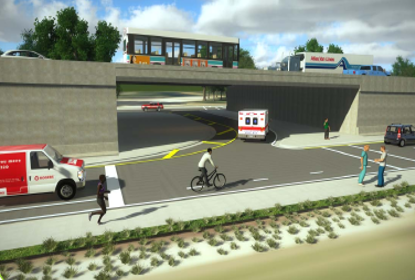 Overpass rendering courtesy of the Florida Department of Transportation

We know transportation plans can take a long time to become a reality. When you read about bridges being built 10 years from now, it can feel like an eternity away as you sit in traffic.

One of the core documents Forward Pinellas produces each year in its role as the metropolitan planning organization is a critical part of making a needed transportation project come to fruition more quickly. Last week, the Forward Pinellas Board adopted the Transportation Improvement Program (TIP), a document that shows all transportation projects in Pinellas County with state and federal funding for the next five years. Each year, Forward Pinellas reviews and approves a new TIP that advances local government, public transportation, airport, port and state projects. This moves projects along in sequence, with new projects typically receiving funding in the fifth year. And like all our work products, the TIP legally requires – and benefits from – the opportunity for meaningful public input.

The TIP starts with Forward Pinellas adopting a priority list each year of needed transportation projects. The Florida Department of Transportation uses that priority list as a basis for allocating funding in Pinellas County. The TIP includes projects that will be designed or constructed in the next five years. It also includes capital purchases like transit vehicles and maintenance projects like roadway paving and bridge repairs.

The way the TIP is created and approved is based on the phasing of transportation projects and the variability of funding sources that pay for them. Any given budget year may have more or less revenues available to apply toward a transportation project. The TIP is typically reviewed and adopted twice a year, once with projects that receive state and federal funding and later in the year with projects funded locally. Those time points coincide with the federal, state and local fiscal year budgets. Throughout the year, the TIP may be amended as projects advance, funds become available, and their details become more well-defined. 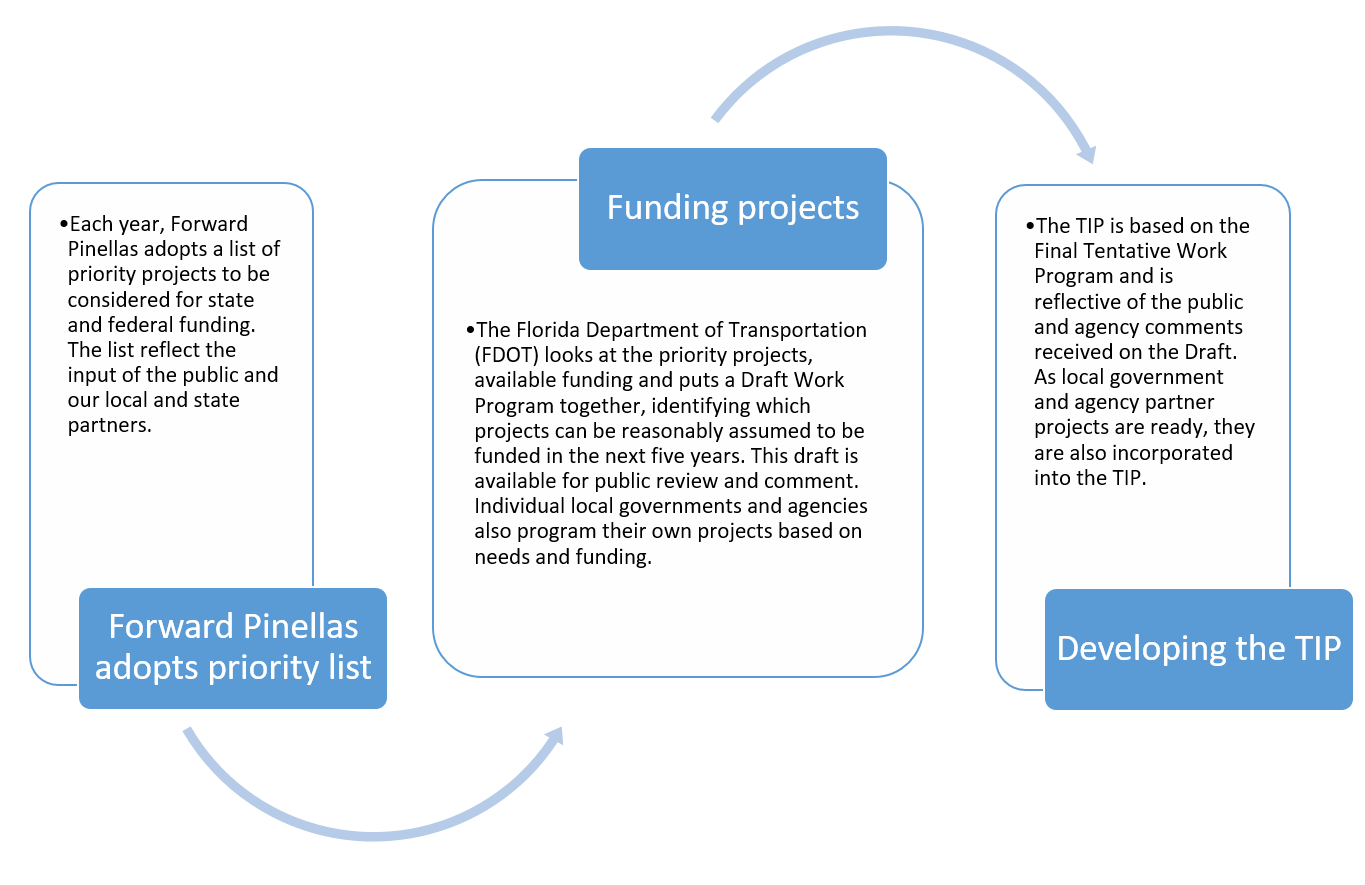 As a new TIP is developed from year to year, details might change – a project might increase in cost or scope, or the estimated year of completion might be pushed up or back based on funding availability or political pressure. Typically, a project only comes out of the TIP once the project is fully funded and construction is underway. 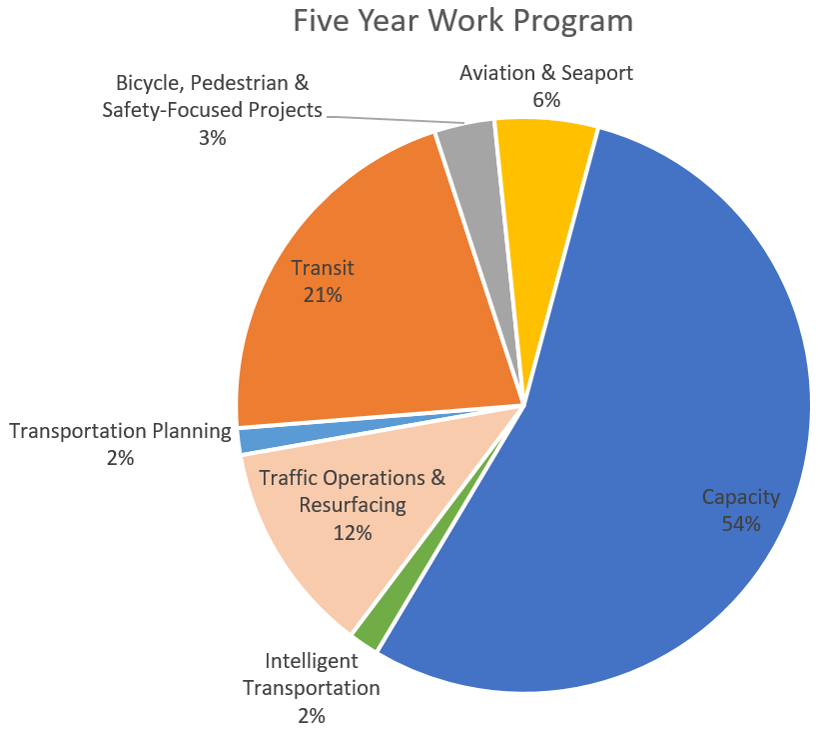 So, what do the next five years look like for Pinellas County transportation projects? A few highlights:

New projects for this TIP include 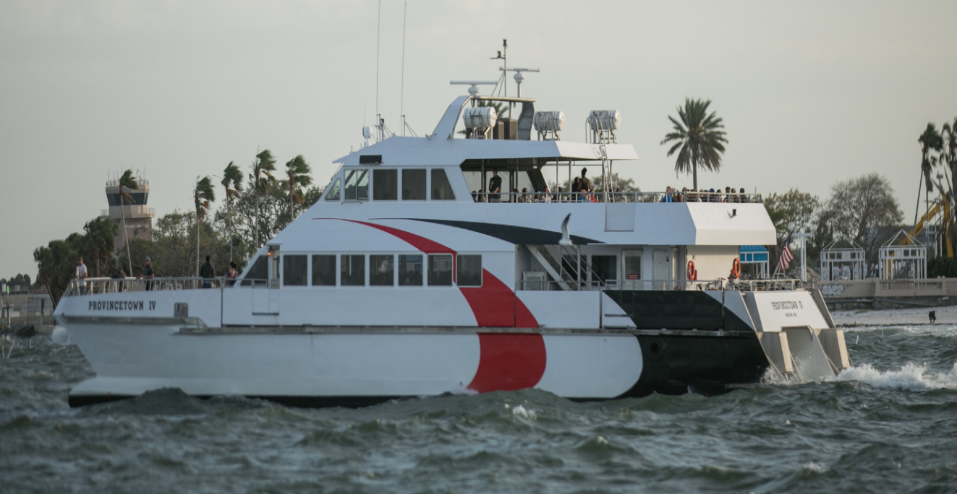 Funding for the Cross Bay Ferry is included in the TIP

Multiple projects have a new phase added in this TIP

Other projects have been moved to a later date