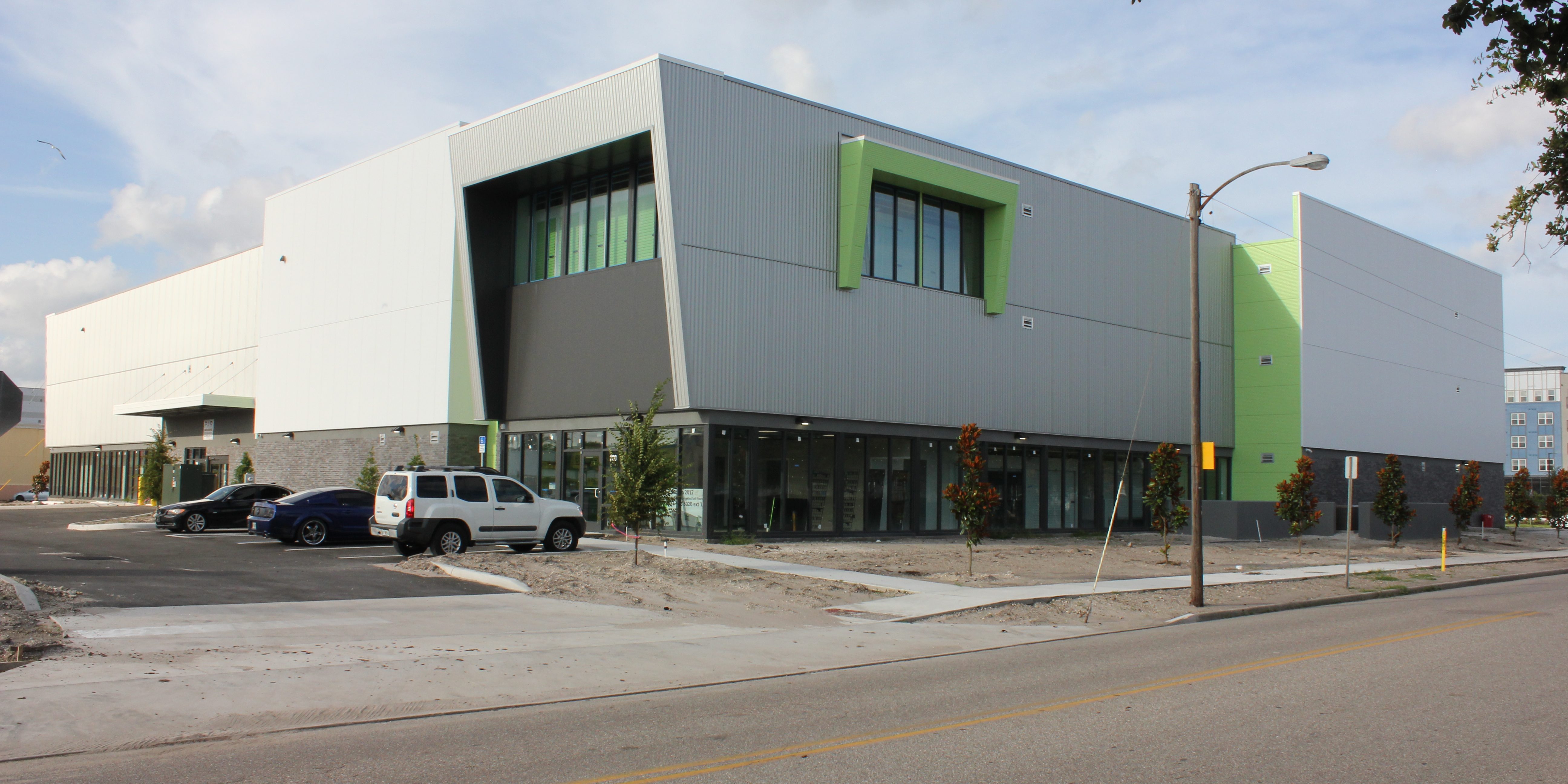 A resurgence of people wanting to live in thriving downtowns has created a demand for space in urban areas, housing shortages, and increased rents and mortgages. As more upwardly mobile workers are living in more constrained urban areas, demand also grows for storage space close to urban downtowns. Urban planners must grapple with potential land use conflicts between parties when determining the highest and best use for urban areas. Toward that goal, Forward Pinellas met with partners to determine the best practices for self-storage development in Pinellas County.

Where space is at a premium, people look for cost-effective and convenient living solutions. When downsizing, people seek self-storage to store excess belongings, or things they only use on occasion, like sports equipment. Self-storage developed to meet those needs, and has grown as more people experience the crunch of city-living, or unexpected life changes like childbirth or death. Self-storage proves to be an attractive investment, too, because of its income-generating potential for investors and relative ease of property management.

Nationally, areas that experience a large increase in population and job growth see a positive correlation of more self-storage units available. According to Pinellas County Economic Development, Pinellas County sees a net increase of about 41 people per day to its population. Population turnover here is particularly high, and over a five year period about one third of the county’s population turns over to new residents. Demographic and generational trends, like low unemployment, the mobile nature of today’s workers, and higher disposable income means people are more likely now to rent self-storage. Many news articles would describe the millennial zeitgeist as choosing one’s preferred city to live in before landing a job there and wanting to be in close proximity to the city center, even if that means a smaller space.

There are downsides to this land use type. Aesthetically, self-storage creates enormous areas that are barely used, which do not add to a livable street continuity in walkable downtowns, or contribute to economic activity in commercial and industrial areas. For these reasons, city leaders, planners, and local governments face challenges in determining the best locations and regulations for this specific use.

Planners around the county are trying to incorporate self-storage in appropriately zoned areas, where it can support more of a mixed and active use. For example, requiring ground floor commercial retail, office or residential around the liner of self-storage supports urban design principles that ensure greater economic activity and pedestrian accessibility. Sheltering adjacent neighborhoods from the effects of a self-storage use may require buffers from residential areas.

The self-storage market is currently developing at a rate much higher than in years past. Real estate investment trusts (REITS), which commonly own and operate self-storage facilities and pass along profits to investors, are becoming a major factor in new projects and buildings. Currently, markets in the American South and West are favorable for self-storage because net migration and job growth are high in places like Tampa Bay, Orlando, Atlanta and Houston. However, there are signs that the self-storage market is slowing down nationally and that we are approaching market-saturation and the tail-end of a cycle.

From a land use planning perspective, the greatest potential for conflict is in downtowns and planned transit corridors, where self-storage buildings can disrupt the active, pedestrian-oriented streetscapes that are integral to the success of these areas. Forward Pinellas is in the process of updating the Countywide Plan for Pinellas County, which coordinates land use among the county’s 25 local governments, with proposed new regulatory barriers to self-storage in transit-oriented land use categories. Optional transitional zones may include self-storage as long as pedestrian-friendly design is enforced. The more suburban, automobile-oriented areas that make up most of the county will continue to allow these uses as normal, but recommended best practices have been developed for their use.

Even in the suburban areas that can best accommodate them, self-storage often encroaches upon industrial and commercial zones in Pinellas, which poses a threat to the most economically productive areas in the County. Self-storage is discouraged from locating in traditionally industrial areas or in close proximity to job retaining industries. Pinellas County Economic Development would like to see self-storage locate in commercial areas that incorporate a more active and mixed-use, or office use, and which does not encroach on industrial lands.

Forward Pinellas supports self-storage incorporating more of an active storefront presence and a mix of uses that do not detract from livability or encroach upon traditional neighborhood characteristics. However, developers have indicated that they do not typically build mixed-use self-storage because of difficulties with financing and property management. Finding partners who develop and manage residential and commercial along with self-storage properties is difficult to do. Coordination between policy makers, local governments, and developers is therefore essential to maintaining a vibrant, economically diverse cityscape that can support self-storage.

Ultimately, local governments need to take an active role in determining where self-storage best fits and suits the needs of the community, use discretion on where they are allowed, and provide guidance to developers toward the desired end product. For local governments that want to reevaluate how they approach self-storage from a planning perspective, Forward Pinellas has compiled best practices and strategies from around the country and has developed the infographic below.