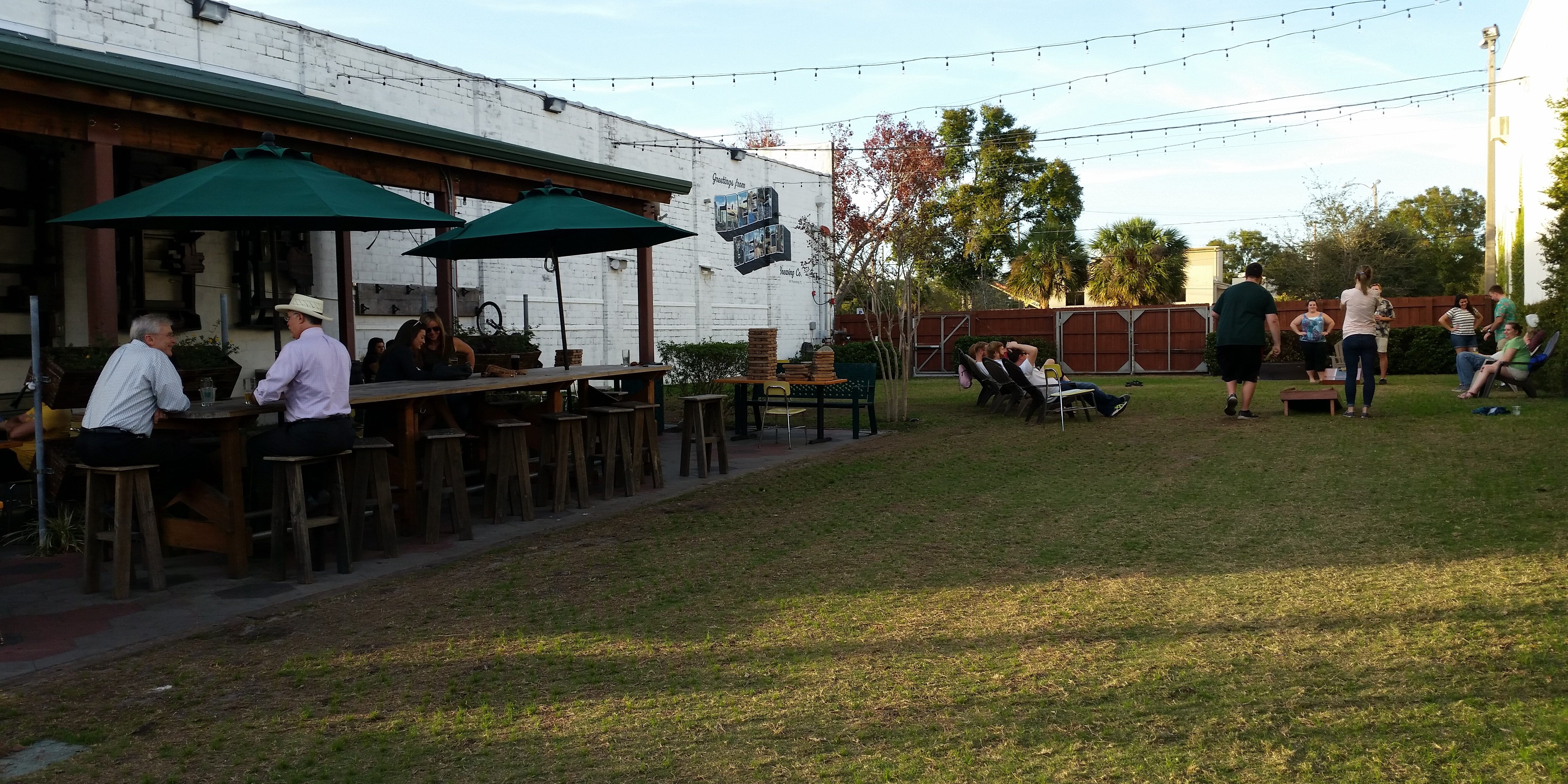 Breweries have a knack for locating in walkable downtown areas, bringing life to the urban core and renewing underused spaces. Breweries, and to a lesser extent micro-distilleries and wineries, serve as exciting destinations, drawing people to downtown areas, further stimulating economic development and redevelopment efforts. 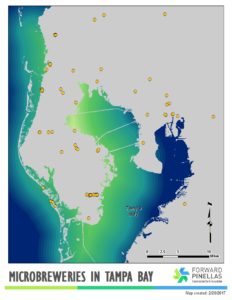 For planners and city officials seeking to attract breweries, one piece of the puzzle is working with brewery owners to allow these creative uses.

The City of Dunedin, renowned in the region for its beer culture, showcases one of the highest concentrations of breweries per capita in the region, and boasts many local festivals showcasing craft beers. Greg Rice, director of Planning and Development for the City of Dunedin, stresses the importance of working with brewery owners to support downtown revitalization and redevelopment.

“A district-wide approach to parking is one way to help create a lot of activity in a small space,” said Rice, who sees foot traffic and brewery success as linked. “People can hop on the Pinellas Trail [which runs through Dunedin’s downtown] to enjoy a walkable, relaxed environment, outdoor dining, and a craft-brew scene like no other.”

Back in 2010, Green Bench Brewing Co.’s owner, Steven Duffy, believed the downtown environment was essential for a successful brewery. He worked with the City of St. Petersburg planning staff to craft the various regulations and zoning code requirements that would allow such uses in the city for the first time.

“Starting a brewery in a denser, downtown setting came with challenges, especially when you are the first one in town,” Duffy says.

Planning Manager Derek Kilborn cites this collaboration as “very instrumental in laying the groundwork for future breweries and crucial for their success.”

The next stage was working with the public and local officials and informing them of the benefits of breweries to gain buy in. Residents are often wary of potential nuisances, said Duffy, but brewery owners are sensitive on that front, and oftentimes concerns with brewery by-products, like noise or spent mash, are minimal and handled by the owner.

Now there are seven breweries in St. Petersburg, some of which are starting to distribute products to nearby states, and even internationally.

Regulations and Land Use

Unlike most businesses, breweries tend to produce and sell their goods all on one site, combining both commercial and industrial uses. These businesses are flexible in that they also fit in zoning categories that allow manufacturing, industrial, and commercial uses, increasing opportunities for adaptive reuse of buildings that otherwise might sit empty.

The regulations guiding breweries, brewpubs and microbreweries can vary greatly, and require business owners to have a good understanding of local and state regulations. Some local governments group a variety of types of smaller alcoholic beverage producers under a single, flexible definition. Others differentiate such uses by size (based on production capacity in barrels/gallons), by type of alcohol produced and/or by percentage of on-site sales. Definitions and other local regulations often reflect state licensure classifications for these businesses.

The two most common types of these businesses are brewpubs, which are primarily retail uses with a smaller manufacturing component, and microbreweries, which are primarily light manufacturing uses with a smaller retail component. Brewpubs are smaller businesses where the majority of beer is produced for on-site consumption, and which may also serve food. They can fit comfortably in downtowns and commercial areas alongside traditional bars and restaurants. Microbreweries are typically larger than brewpubs, and produce beer for off-site distribution, while also serving a percentage of the product for on-site consumption in a taproom or tasting room. Depending on the volume of production, they may fit best in either commercial or industrial areas. They can also serve as buffers in transitional areas, like those between downtowns and more production-oriented industrial areas.

For local governments, an integral part of the process is allowing brew uses within city limits and desired districts, such as downtowns or redevelopment areas; incorporating language in local codes and ordinances; and making sure those regulations are flexible and accommodating. Reserving industrial land for the more manufacturing-oriented breweries is also important for promoting economic growth. 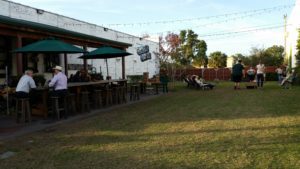 Supporting a successful craft beer scene may depend on improving the urban aesthetic of the downtown environment. Using grant money to redevelop and renovate buildings is a wise investment because it both helps individual businesses and improves the overall feel and condition of the downtown urban area.

Breweries clustering together was a theme repeated in many Pinellas County cities, and the owners expressed that they enjoy a sense of camaraderie with other brewers. The businesses share expertise, mentor newer breweries, and even lend each other equipment in emergencies.

Cities can share in that “a rising tide lifts all boats” attitude – providing financial and other regulatory incentives can really make a difference for potential breweries because of the large startup costs associated with these businesses. Restrictions and stipulations, like requiring a length of stay from recipients, might actually inhibit redevelopment efforts.

“It is capitalized extremely heavy on the front end, so the folks that decide to pursue these small businesses are going to need a lot of help,” Three Daughters Brewing owner Mike Harting said.

The city of Tarpon Springs helps encourage these businesses with the use of grants, rent credits, tax abatements for historic buildings, and with help from their Community Redevelopment Area (CRA) funds.

The city will often direct potential brewers to programs and opportunities available to them. When local Silverking Brewery was looking to relocate, for example, the brewery was presented with the opportunity to buy and repurpose a city-owned, historic fire station in downtown Tarpon Springs, an offer the owners accepted.

Heather Urwiller, director of Tarpon Springs’ Planning and Zoning Department, said in her two years with the department, she’s had a hand in several breweries springing up downtown. She said the key to attracting these businesses is flexibility on the part of cities.

“Be open-minded for new uses, work with your applicant, and make modifications to your code to support this industry,” she said.