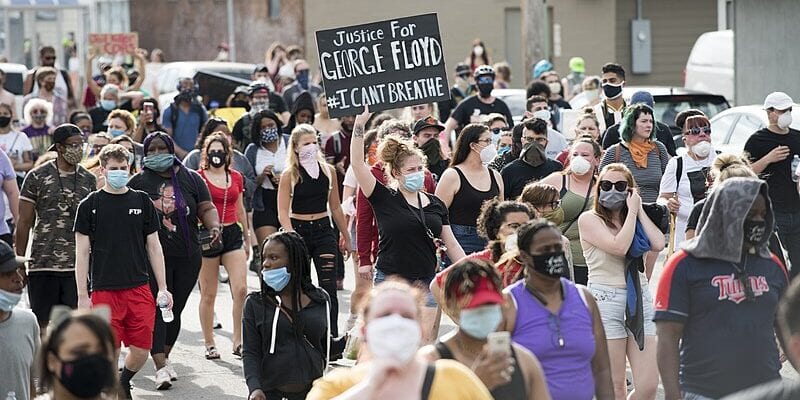 In this piece, Forward Pinellas senior manager Al Bartolotta lays out the sad history of how city planning and laws influencing urban and regional planning have exacerbated or perpetuated institutional or systemic racism in our cities, suburbs and other communities throughout the country. As planners responsible for understanding our communities and how to improve their future, we must deal with the legacy of actions and decisions made either long ago or more recently. That legacy includes a political, administrative, and social construct that often defaults to inequity and policies that favor those with privilege. Guarding against that set of outcomes requires continued vigilance and self-awareness. For that reason, Forward Pinellas will be undertaking an equity assessment of its organizational structure, policies, work products and planning outcomes over the next year. We will do that with the help of our diverse community partners and the residents of Pinellas County. We are called to this action by our adoption of the American Institute of Certified Planners (AICP) professional Code of Ethics, which specifically includes among our responsibilities to the public:

“We shall seek social justice by working to expand choice and opportunity for all persons, recognizing a special responsibility to plan for the needs of the disadvantaged and to promote racial and economic integration. We shall urge the alteration of policies, institutions, and decisions that oppose such needs.”

I hope you will join and assist us on this journey. Through this effort, we hope to better reflect and represent the full needs of our community and ensure that every resident has the opportunity to fully participate in all that Pinellas County has to offer.

URBAN PLANNING IN THE U.S. – UNCOVERING A LEGACY OF RACISM

The murder of George Floyd by Minneapolis police officer Derek Chauvin and the worldwide protests that followed have brought much needed, albeit long overdue, attention to systemic racism in the U.S.  Although policing is front and center at the moment, the racism that has historically oppressed black Americans and other people of color is deeply rooted in the policies and practices of mainstream institutions ranging from criminal justice and public education to electoral systems and healthcare.  The same is true of urban planning policy.

Some of the most egregious examples of racially discriminatory planning policy in in the U.S. sprang from local zoning laws enacted in the early 20th century for the primary purpose of enforcing racial segregation.  After the Supreme Court ruled against the constitutionality of zoning laws that targeted black Americans in 1917 (Buchanan v. Warley), local governments responded by creating exclusionary zoning laws that achieved the same objective without being overt in their racist intentions.

The landmark 1926 Supreme Court decision (Euclid v. Ambler), which led to the proliferation of efforts to establish local zoning codes across the country, set the precedent for allowing communities to use exclusionary land development provisions to deny black people access to housing.  These provisions included minimum lot sizes and floor area requirements, which drove up the cost of housing, and the exclusion of multi-family development.  Exclusionary zoning standards such as these are still predominant today and a main reason why the vast majority of neighborhoods in the country remain racially segregated.

“Expulsive zoning,” a term coined by urban planner and former MIT professor Yale Rabin, describes another form of discriminatory land development codes that evolved after the Euclid decision.  It involved the rezoning of residential properties in black neighborhoods to allow incompatible land uses to disrupt and undermine the stability of the neighborhood.  In Rabin’s 1989 book, Expulsive Zoning: The Inequitable Legacy of Euclid, he cites examples of the practice in 55 cities around the country.

In 1934, the Federal Housing Administration (FHA) and Home Owner’s Loan Coalition (HOLC) established by the Roosevelt administration, introduced the policy of redlining in more than 200 cities.  Under this policy, neighborhoods were color coded to help the government decide where to issue mortgages.

Neighborhoods populated mostly by black people were identified as “red areas,” described by HOLC as having an “undesirable population” where federally secured loans were not available. In addition, the FHA would not insure loans to black people seeking better housing opportunities outside the redlined areas.

Redlining was institutionalized through the FHA Underwriting Manual published in the 1930s.  Cities across the country, including St. Petersburg and Tampa, subsequently adopted color coded maps that directed the allocation of home loans away from the red areas.  Although it was prohibited in the Fair Housing Act of 1968, redlining practices are still carried out today by unscrupulous players in the real estate industry and lending institutions around the country.  By precluding opportunities to build wealth through home ownership, the federal government played a major role in creating the substantial wealth gap between black and white families that exists today.

Referred to by author James Baldwin as “Negro removal,” urban renewal was another racially coded planning initiative, most of which took place in the 1950s and 1960s following the 1949 Housing Act.  The legislation provided loans and grants for cities to acquire and clear blighted areas and the black residents who lived there before selling them to private companies for redevelopment. The redevelopment that resulted from urban renewal projects included housing for middle income white people and institutions such as hospitals, universities and civic centers.

As a redevelopment strategy, urban renewal had limited success.  For black Americans, the results were devastating.  Earlier this year, the University of Richmond Digital Scholarship Lab released, “Renewing Inequality,” a comprehensive report on urban renewal projects in the U.S.  According to the report, $13 billion in federal urban renewal grants were awarded to more than 1,200 municipalities over the life of the program, which ended in 1974.  In half of those cities, no less than 330,000 families were displaced.  In many of the participating cities, including Philadelphia, Cincinnati, St. Louis, Atlanta, Detroit, Baltimore, Washington and Tampa, at least two-thirds of the displaced families were people of color.

Though not part of the federal Urban Renewal Program, the case of St. Petersburg’s Gas Plant community is a more recent example of the same type of project.  Located near the I-175 exit, the Gas Plant district was home to more than 500 households, 30 businesses and 13 churches prior to being razed in the 1980s.  Considered the “downtown” of St. Petersburg’s black community, the 86-acre area was razed to construct the Tropicana Field baseball stadium and adjoining parking lot.  The properties were designated as “blighted” and acquired through eminent domain.  The removal of the buildings that occupied them came with an unfulfilled promise of redevelopment that included jobs and housing for those who were displaced.

The displacement effects of urban renewal were exacerbated by the construction of the interstate system, which was launched by the 1956 Federal-Aid Highway Act.  The legislation was intended by President Eisenhower to provide “a modern, efficient highway system” that was “essential to meet the needs of our growing population, our expanding economy, and our national security.”  With the expansion and modernization of the interstate system, the Act accomplished what Eisenhower intended.  But it also subsidized the movement of white families and jobs from urban areas to the suburbs while destroying black neighborhoods.

“The idea was ‘let’s get rid of the blight,” said law professor Joseph DiMento in his 2012 book Changing Lanes: Visions and Histories of Urban Freeways. “And places that we’d now see as interesting, multi-ethnic areas were viewed as blight.”

The 1956 Federal-Aid Highway Act authorized the construction of 41,000 miles of highway connecting the country’s major cities, and in most of them, the highways cut through predominantly black neighborhoods.  In the first 20 years of the federal interstate system, more than one million Americans were displaced, most of them low-income people of color. Making the problem worse was that no federal funding was provided for the relocation of people whose housing was demolished.

The most extreme examples of using highway construction to segregate, disrupt and displace black communities came from the work of Robert Moses, New York City’s “master road builder” in the 1930s – 1970s.  In his career as a public official, Moses held many positions, his longest being as the Triborough Bridge and Tunnel Authority Chairman, the New York State Council of Parks Chairman and the Long Island State Park Commission President.

In building 416 miles of parkways, Moses forced 250,000 people out of their homes while segregating low-income individuals displaced by his public work projects into public housing projects described by author Robert Caro in The Power Broker: Robert Moses and the Fall of New York, as “bleak, sterile and cheap.”  He also directed his engineers to construct the underpasses on the Long Island parkways leading to Jones Beach at heights that were too low for buses to clear them.  As buses were the primary mode of travel for poor and black residents, the low clearances were an effective way to keep them from getting to the beach.

The incalculable damage resulting from over 100 years of racist urban planning policy on black Americans and other people of color still lingers today.  With the exception of some larger metropolitan areas with established transit networks, local bus systems remain woefully under-funded when compared with highway spending.  Euclidean zoning codes that created the ubiquitous segregated auto-centric land use patterns in the U.S. that kept black people out of the suburbs are still prevalent today.  Black families are still disproportionately affected by the shortage of housing that is affordable to middle and low-income households and by the displacement that results from gentrifying neighborhoods in urban areas.  Martin Luther King, Jr. once said “the arc of the moral universe is long but it bends toward justice.”  Deconstructing the racist legacy of urban planning is necessary to start bending the arc.