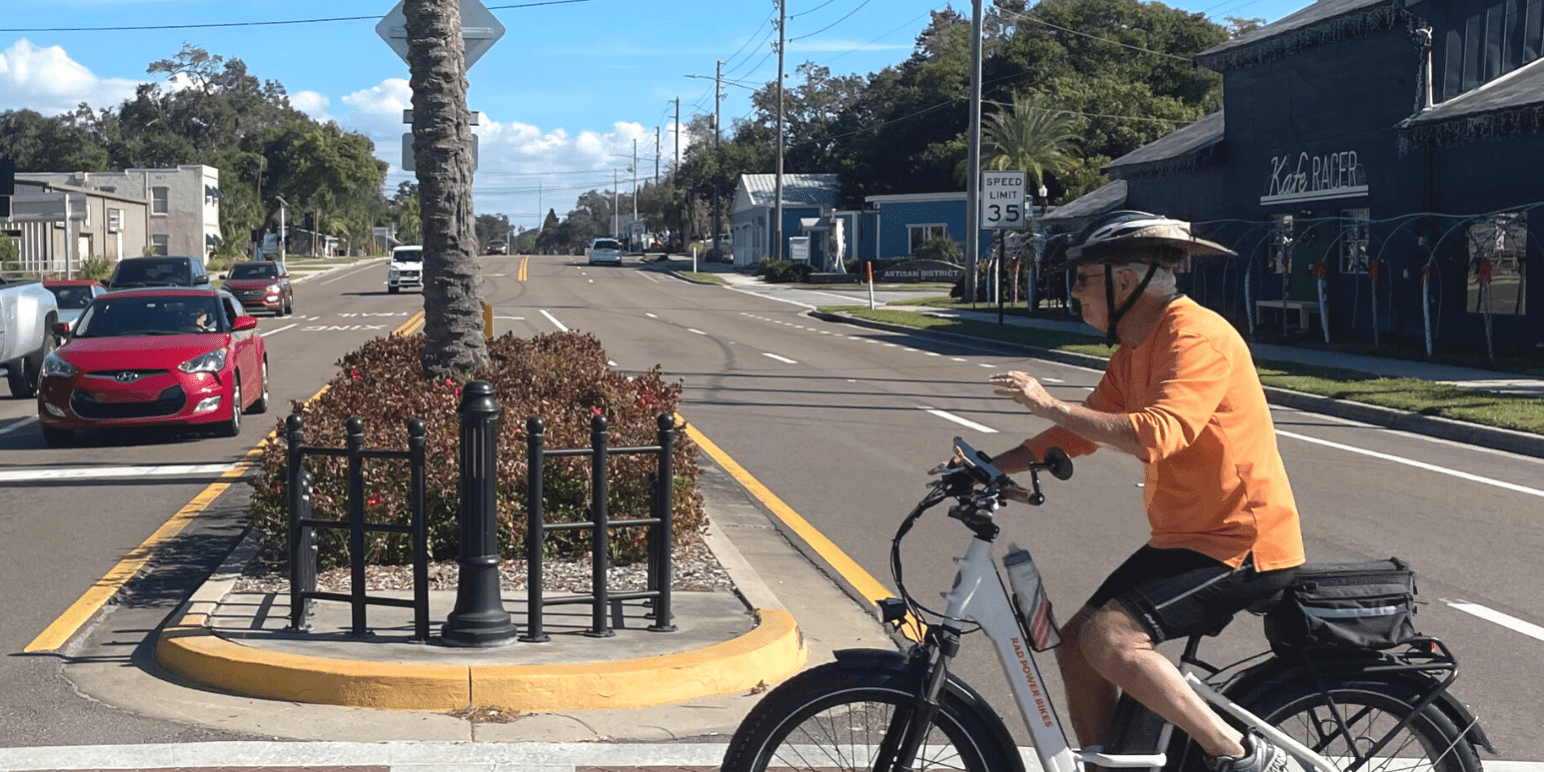 At the City of Dunedin City Commission Workshop, Tuesday, December 12, 2021, Mayor Buljalski and her fellow commissioners put their words into action, first with the adoption of the Safe Streets Pinellas Action Plan and then with the approval of a midblock traffic signal at the intersection of Skinner Blvd. and the Pinellas Trail as part of a temporary measure until the Complete Streets makeover of Skinner Blvd. occurs in 2024.

The Safe Streets Pinellas Action Plan commits us to work together on solutions, share data, and to identify and implement appropriate strategies so no one loses their life on our Pinellas roadways. Safe Streets Pinellas, Forward Pinellas’ Vision Zero Program, is our strategy for handling the competing demands of one million people and 15 million tourists a year in a county with limited remaining vacant land.

Last month, top officials from the City of Dunedin, Pinellas County, Forward Pinellas, FDOT and the Pinellas County Sheriff’s Department met at this intersection and worked together to find quick solutions that would manage trail and roadway traffic conflicts safely and responsibly.

After a presentation from FDOT District 7 Secretary Gwynn, the City of Dunedin Commission moved forward with approval for a midblock pedestrian signal at the intersection of Skinner Blvd. and the Pinellas Trail, an efficient and effective, interim solution that can be put in place quickly to make this intersection safer for everyone. The project will be completed in 2-3 months thanks to a cooperative effort between Pinellas County and FDOT.

But this isn’t the first time Dunedin has worked to prioritize roadway safety. In 2020, Forward Pinellas awarded the City of Dunedin $1M for their Skinner Boulevard Complete Streets project that will add bicycling facilities, on-street parking, wider sidewalks, safer intersections, and transit facility access while reducing the number of travel lanes from four to two between Bass and Alt US 19.  After working with Pinellas County, FDOT and the City of Dunedin, the construction date has been moved up two years, so the project will now begin by 2024 once final design is complete.

Safety is not a separate discipline or expertise in transportation planning and design. For it to work, it’s got to be a holistic part of the planning for a strong community, including where we plan for redevelopment, accessibility, and economic opportunity. When people feel safe, they get creative. They explore and seek opportunity. They invest and they spend money. Making our roads safer benefits everyone.