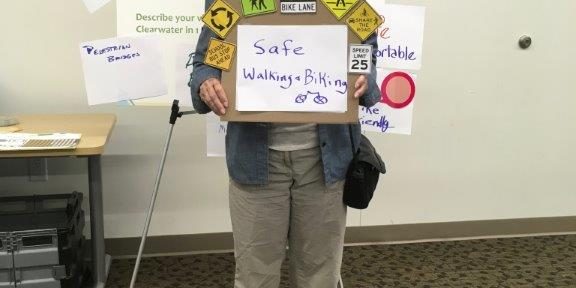 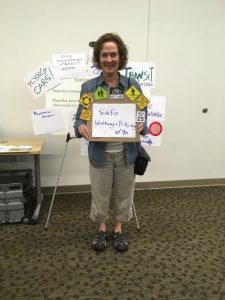 A participant in a workshop for the Drew Street Complete Streets Concept Design shares her priorities for a complete street. The concept plan was awarded funding in the first year of the Forward Pinellas Complete Streets program. (Photo: City of Clearwater)

From prioritizing funding for expanded sidewalks in an underserved area of south St. Petersburg to helping Clearwater residents envision the Drew Street that best meets their needs, Forward Pinellas’s Complete Streets program has enabled the creation of corridors that reflect whole communities.

When Forward Pinellas created a Complete Streets program in 2016, we had a vision of providing funding for the development of concept plans and for constructing transportation projects that put people first by making roadways safer and more accessible for all users. To continue the momentum from two years of implementing complete street treatments throughout Pinellas County, Forward Pinellas has announced a third round of funding for complete street concept plans and construction projects.

We issued a call for projects on September 19 to local governments asking for applications to request funding for complete street projects. Applications are due by 5 p.m. on December 14.

Complete streets are about even more than safety. In Pinellas County, it’s increasingly important to plan for redevelopment and transportation projects that take advantage of opportunities to strengthen the economy and improve safety and mobility for everyone. Complete streets are a key strategy to help communities attract desired development and expand choices for how people get from place to place to meet their needs. Complete streets projects throughout the country have also proven to be a catalyst for transformative change along a corridor. Through the Forward Pinellas Complete Streets program, we set aside public transportation dollars to transform our roadways, which provides an incentive for the private sector to invest in planned redevelopment.

Complete streets serve diverse user needs, and they work best when they fit the context of a community. That context includes existing and planned development, how parallel major roadways and local streets function, and whether people have access to cars or depend on various forms of transit or non-motorized transportation options. When complete streets exist, people feel more comfortable making shorter trips on foot, by bicycle or by simply driving slower. Updates to this year’s Complete Streets program criteria focus on promoting projects that fit in contextually and have the greatest potential for redevelopment.

Two years into the Forward Pinellas Complete Streets program, we have funded development of three concept planning projects and advanced three construction projects in the cities of Clearwater, Dunedin, Largo, Oldsmar, St. Petersburg and in unincorporated Lealman. The response to the program from our local government partners has been overwhelmingly positive and requests far exceed available funding. 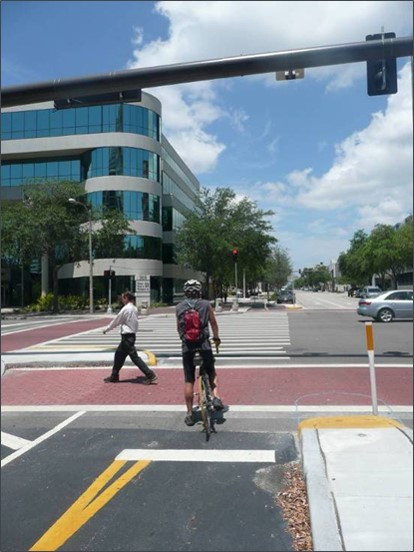 A committee of technical staff from local government agencies and Forward Pinellas will review the applications received and make a recommendation to the Forward Pinellas board to fund one or more of the applications received. While the application criteria have changed a bit over the past few years to aid in the review of the potential projects, the funding commitment from our agency remains the same.  Up to $100,000 is available for the development of concept plans, and up to $1 million will be available for construction projects in coordination with the Florida Department of Transportation.