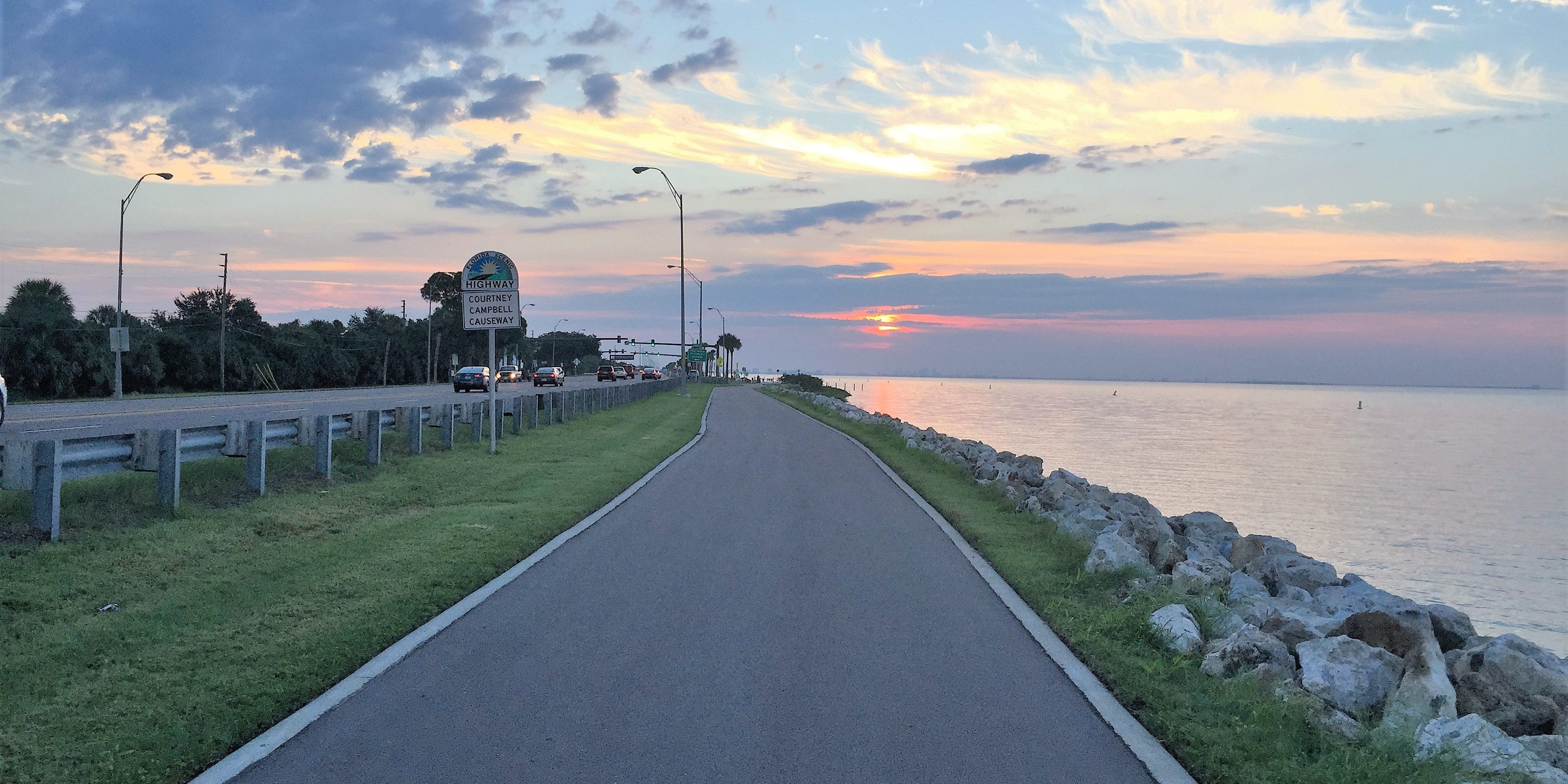 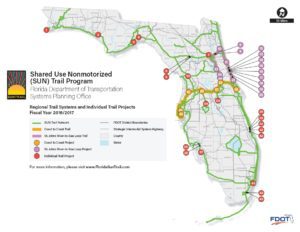 Click here to see a larger version of the map and a full list of SUN Trail projects.

Two major projects connecting and completing Pinellas County trails have received $7.1 million in funding as part of $44.4 million awarded on Tuesday through the Florida Department of Transportation’s SUN Trail program.

FDOT designated $5.7 million for construction to close a gap in the Duke Energy Trail between Chestnut Park and Enterprise Road, a key part of completing the Pinellas Trail Loop around the county. The department also designated another $1.4 million for pre-construction work on a project to create a bike and pedestrian overpass on the Courtney Campbell Causeway at Gulf-to-Bay Boulevard and Bayshore Boulevard. Under the leadership of the Tampa Bay Area Regional Transportation Authority, eight counties in the Tampa Bay region and their transportation organizations have collaborated to identify regional priority projects, which include regional multi-use trails. As a result of this coordination, more than $8 million was awarded to Citrus, Hernando, Pinellas, and Polk counties, accounting for 18 percent of this year’s statewide SUN Trail program funding.

The SUN Trail network, of which all the funded projects are a part, consists of paved multi-use trails for bicyclists and pedestrians that are separated from vehicle roadway traffic. The $7.1 million that Pinellas County received is the second-highest amount of any county in Florida. This is the first year projects have received funding under the SUN Trail program.

“Florida is proud to be an outdoors state, and our many incredible bicycle, pedestrian and multi-use trails are great activities for Floridians and visitors to enjoy,” Governor Rick Scott was quoted as saying in an FDOT press release. “I am proud to join FDOT in celebrating this investment today as we work to provide more safe recreational opportunities for families across our state.”

The north gap of the Pinellas Trail has 13 schools within a mile, 53 major employers, and touches several food deserts. From 2011 to 2015, there were 67 crashes involving bicycles and pedestrians along the area where the trail will be constructed. Completing this section of the trail will provide a safer travel alternative for those who cannot drive or who choose not to. Funds will be made available this fiscal year for construction. 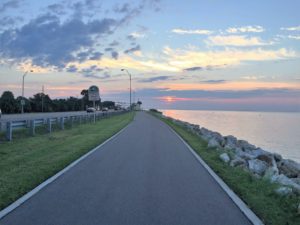 The trail near where the overpass is planned for the Courtney Campbell Causeway.

An average of 54,000 cars per day pass through the Courtney Campbell Causeway. Right now, pedestrians and bicyclists traversing the Courtney Campbell Causeway Trail and the Ream Wilson Clearwater Trail have to use a push-signal crosswalk at SR 60/Gulf-to-Bay Boulevard, which creates delays for users of the trail and cars on the causeway. The preliminary engineering process includes obtaining site information, preparing plans, identifying right-of-way impacts, and looking at utilities.

Both projects were on the Forward Pinellas 2016 Multimodal Priority List, with the north gap of the trail at number 9 and the Courtney Campbell Causeway Trail Overpass at number 19. Statewide, about 20 miles of Florida’s trail system will be added or improved through this year’s SUN Trail funding.