Who decides for your community? State law vs. local regulation 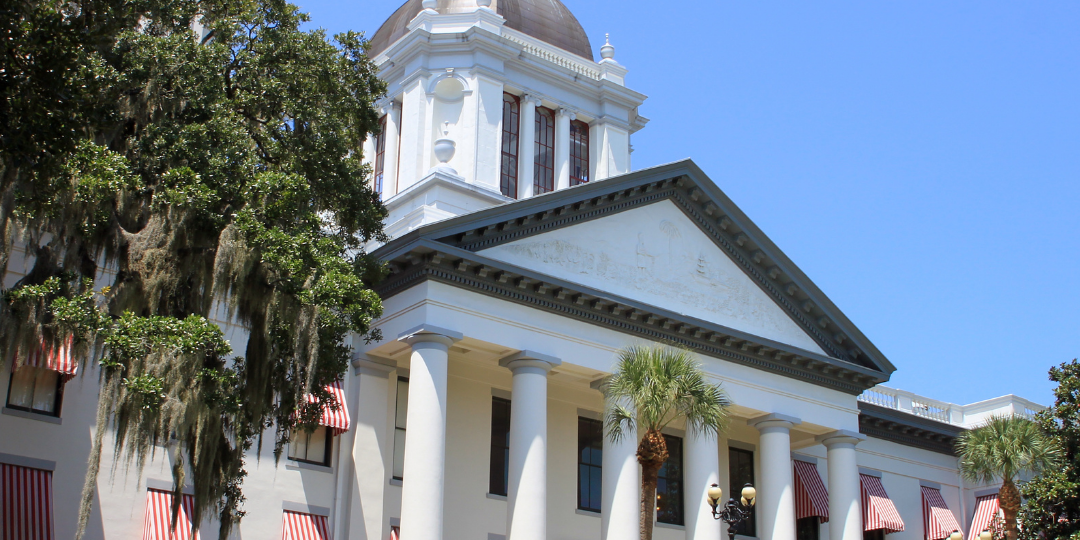 Who decides whether the house next door to yours can be used as an Airbnb? Or a home-based business? Or whether a new house needs to fit in with the neighborhood character? If your first thought is to turn to your city council or town commission, think again. Each year, Florida lawmakers pass new land use laws that override local decision-making, a phenomenon known as state preemption.

The trend isn’t new. Perhaps the most notorious example is a 2011 law forbidding most local governments from restricting vacation rentals such as Airbnb and VRBO. In tourism-heavy communities near the beaches, formerly quiet residential neighborhoods must now share space with housefuls of exuberant vacationers, who are free to traffic in and out without limitation. Despite residents’ pleas for curbs on these activities, local governments find their hands tied.

“This is the number one issue in our city,” says Indian Rocks Beach Mayor Joanne “Cookie” Kennedy, who serves on the Forward Pinellas Legislative Committee. “We have houses being rented by 20 people at a time. They’re disrupting life for the people who live here, but there’s nothing we can do.”

The 2021 state legislative session ended on April 30. It saw the passage of new preemption bills that, if signed into law by Governor DeSantis, will further erode local communities’ ability to make decisions for themselves.

House Bill (HB) 403 would forbid local governments from regulating home-based businesses. While it’s intended only for businesses that don’t increase traffic or noise, employ more than two people from outside of the home, or look visibly different from other houses, the ability of communities to enforce those conditions would be limited.

HB 421 & HB 1101 would make it easier for property owners to sue local governments over zoning regulations, and more difficult and expensive for those governments to defend themselves. Applicants who are denied future land use map amendments—which are needed for major changes, such as converting land from residential to commercial—may file a challenge under the State’s dispute resolution process. That reduces the authority to make land use decisions, a bedrock part of local governance, to a mere “dispute” with property owners.

But perhaps the most egregious preemption bill of the year is HB 401, which would prevent local communities from regulating the appearance of most single-family homes or duplexes. If the bill is signed into law, the architectural style of most new homes (including porches, garages, roofs, doors, windows and more) will be left entirely up to developers, with no requirement that they fit into the character of established neighborhoods. There are only a few exceptions, such as in designated historic districts, communities with formal architectural review boards, and Community Redevelopment Areas, which are typically found in downtowns or in areas with a history of blight. Those exemptions mainly benefit larger communities with ample planning resources. Smaller cities and towns, meanwhile, may find themselves scrambling to create review boards or adopt historic ordinances for the first time, solely to stave off the effects of bad legislation.

As a recent editorial in the South Florida Sun-Sentinel put it, “If you want to fight City Hall, head for Tallahassee.”

Still, the outcome of this year’s session could have been worse. Bills were proposed that would have required widespread removal of pedestrian crossings and made the prohibition on local vacation rental regulation even worse. Neither passed.

There was some positive news this year as well. Bills were passed to create new safety rules for vehicles passing bicycles on the road (Senate Bill [SB] 950), fund research into improving resiliency to climate change (SB 1954 and SB 2514), and encourage urban agriculture (SB 628). The City of St. Petersburg worked with Senator Darryl Rouson to draft the initial version of SB 628 and negotiate passage of the final bill.

Despite these gains, local officials and planners remain frustrated with the state legislative process, and are looking for a better way for their voices to be heard.

Getting to good legislation

At its meetings this year, Legislative Committee members discussed taking a different approach, by reaching out to lawmakers and building relationships ahead of the 2022 session.

“We’re always reacting to potentially harmful legislation,” says St. Petersburg Councilmember Brandi Gabbard, who serves as committee chair. “If we work more proactively with lawmakers, we could pass legislation that could be more representative of issues our community cares about, such as safety and access to transit.”

Pinellas County Commissioner Janet Long, who served in the Florida House of Representatives from 2006 to 2010 and also serves on the committee, agrees with that approach but stresses the need for unity. “There’s value in coordinating with our partners in the county and the region. Our representatives need to hear us speak with one voice.”

With the committee’s recommendation, at its May 12 meeting, the Forward Pinellas Board agreed to hold a workshop this fall to bring together local elected officials and staff, chambers of commerce, and the Pinellas County Legislative Delegation. The goal will be to reach consensus on three or four priority issues for the county, which could include early intervention on problematic bills that failed this year but are likely to return, such as the pedestrian crosswalk bill.

“We’ve been playing defense,” acknowledged Whit Blanton, Executive Director of Forward Pinellas. “We need to pick legislative issues we can champion, and send that message in a unified way.”