Who cares about industrial land? 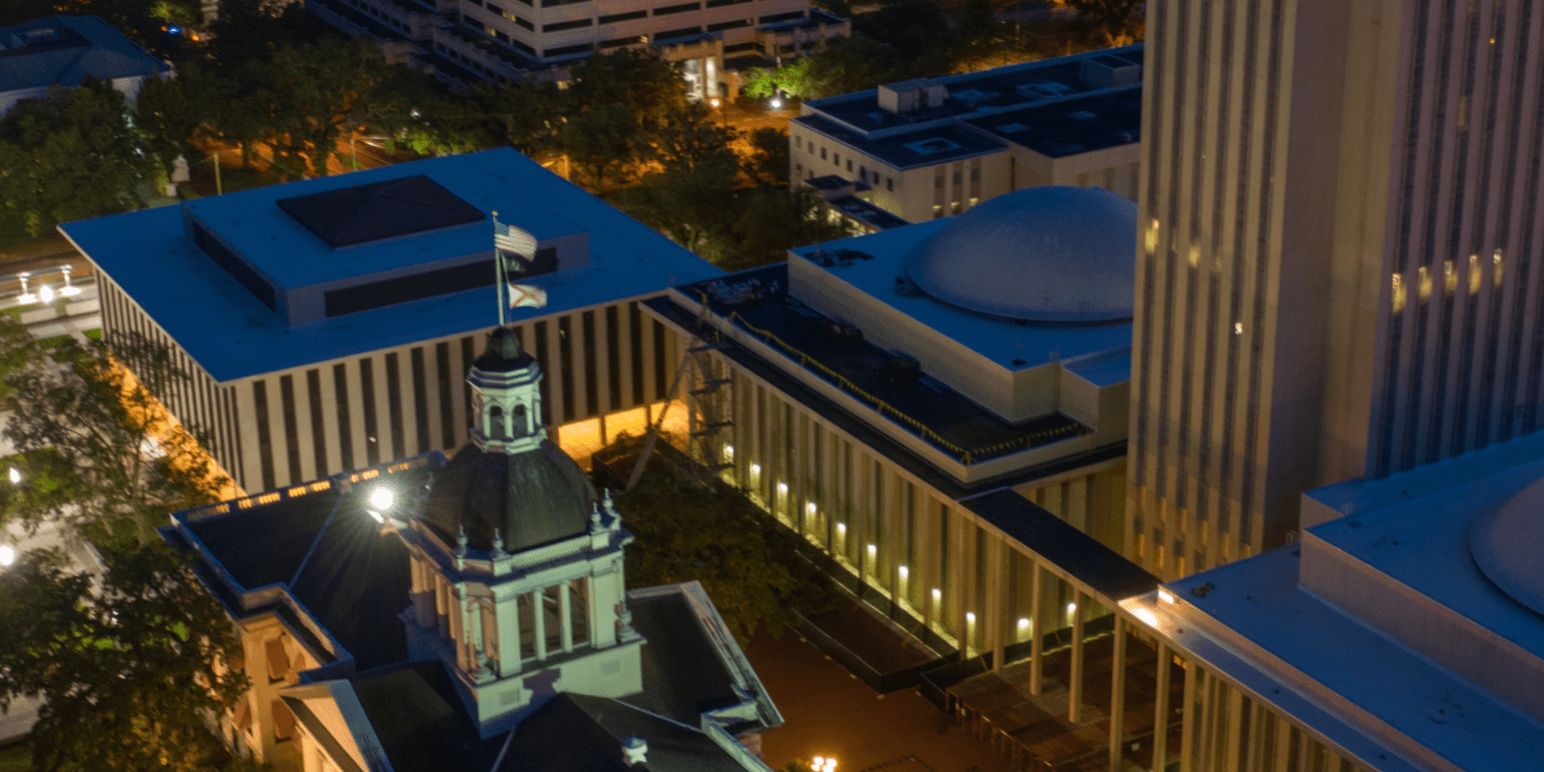 When you hear the words “industrial land,” what do you think of? If the words conjure up images of smokestacks and noisy factories, think again. In Pinellas County, industrial land holds everything from financial service offices to software developers to research labs. And while we have plenty of manufacturing, the technology has evolved to be cleaner, quieter, and more discreet—virtually indistinguishable from office buildings. You could stand next to one of these businesses and never know what was happening inside.

You might also be surprised to learn that industrial land is one of the most important commodities in Pinellas County—and that our ability to support and sustain it may be compromised by new state legislation.

The Importance of Industrial Land

First of all, why do we care about industrial land in Pinellas County? While tourism is our most well-known business, industries like high-tech manufacturing quietly contribute significantly more to the local economy. Pinellas County has the third largest manufacturing base among Florida counties. According to Pinellas County Economic Development, manufacturing has twice the economic impact of the entire hospitality sector and pays three times the average wage, with $2 billion in annual payroll. Financial services and information technology add another $2.2 billion. Together, those businesses employ more than 60,000 people in Pinellas County.

These high-wage businesses are also known as “target employers,” because they’re so beneficial to local economies that many communities seek to attract them. Pinellas County has proven to be a desirable destination for target employers, who began to move here in large numbers in the 1980s and ‘90s, when there was still plenty of vacant industrial land.

It’s true that many of these businesses could fit equally well into commercial areas, and are permitted to do so under county and local land use rules. But they seek industrial areas because commercial land is typically priced out of their reach. Pinellas County is nearly 100% developed, which creates intense competition for property. Retail and residential developers, who turn quicker short-term profits, can pay much more for real estate and tend to drive up prices wherever they’re allowed to build. Land designated specifically for industrial use, on the other hand, eliminates that problem by restricting retail and residential uses, which keeps real estate affordable to target employers.

“It’s an unfortunate paradox,” said Teresa Brydon, Business Redevelopment Manager for Pinellas County Economic Development. “The types of redevelopment that make the most money for landowners and developers are the ones that contribute least to the local economy. The market puts local governments under a lot of pressure to allow industrial land to be converted, but that hurts us in the long run.”

Property owners may petition local governments and Forward Pinellas to change the land use designation of their properties. In the past, before the economic value of industrial land to our county was fully understood, those requests were routinely granted. As a result, the county lost nearly 11% of its industrial acreage in the 1990s and 2000s—more than 1,100 acres.

“By the 2000s, we started running out of industrial land,” said Cindy Margiotta, Division Director for Pinellas County Economic Development. “We lose opportunities for employers to move here when there’s nowhere for them to go. Every time we let an industrial parcel redevelop into apartments, we lose the potential for more good jobs.”

In 2008, a comprehensive countywide effort known as the Target Employment and Industrial Land Study, or TEILS, brought the economic impact of these land use decisions into focus. The study found that demand for industrial land in Pinellas County would outstrip supply by about 4,000 acres over 20 years. In response, regulations were adopted into the Countywide Plan to limit conversions of industrial land to other uses. An update to the TEILS this year will revisit and update those regulations.

“The Countywide Plan has input from all 25 local governments in Pinellas County. It’s how we plan together for issues of countywide importance that are bigger than any one jurisdiction,” said Whit Blanton, Executive Director of Forward Pinellas. “This is definitely one of those issues.”

For 15 years, Pinellas County has made a strong commitment to preserving industrial land for employment, but those efforts may be undone by state legislation proposed this year. Senate Bill (SB) 962 and House Bill (HB) 981 would allow local governments to approve residential and mixed-use developments on any residential, commercial, or industrial land as long as at least 10% of the residential units are affordable. The proposed law would override any local law to the contrary, meaning that local governments could disregard the Countywide Plan and even their own zoning regulations.

This isn’t the Legislature’s first time preempting local regulation of industrial land. A 2020 law, originally known as HB 1339, allows 100% affordable housing developments to be built on industrial parcels. However, the impacts of that law are limited in scope and support a worthwhile goal of helping to meet the county’s affordable housing crisis. The City of St. Petersburg has been the first local government in Florida to take advantage, using a careful planning process intended to balance competing needs and minimize negative economic impacts.

Pinellas County, with its constrained land supply and strong tradition of countywide planning, is virtually unique in Florida. While the proposed law may be well-intentioned, its impacts on our county’s economy and residents would be uniquely damaging. We strongly encourage the bill’s sponsors to rethink this one-size-fits-all preemption and allow our county to continue planning for its own economic future.